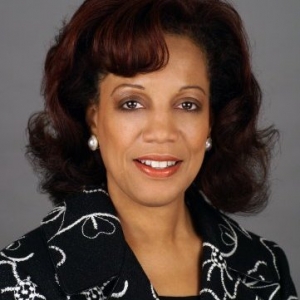 Sharon is a results-centered executive with over 30 years of experience in food, nutrition, and wellness. As a licensed dietitian and educator, she has extensive knowledge of emerging science in health & nutrition, foodservice systems, staff development, and performance management. A proven visionary and strategic leader, she is recognized for driving operational growth, leading full-scale start-ups, spearheading change initiatives, and building high-impact teams.

Most recently, Sharon was the AVP of Food & Nutrition at Carolinas Healthcare System (CHS). She led the newly created corporate division for food and nutrition services that served more than 23 affiliated hospitals, surgical and rehabilitation centers, nursing homes, and other North and South Carolina facilities. In her role, Sharon provided strategic direction and oversight for all CHS Food and Nutrition service level agreements for a budget of more than $60M. She directly managed all clinical nutrition programs for the system.

Sharon is one of the pioneers of healthcare room service because of her early works at Memorial Sloan-Kettering Cancer Center (MSKCC) where she was the Food and Nutrition Director for over ten years. This groundbreaking room service model received national media headlines, including coverage on Fox News, Crain’s New York Business, Food Management, Foodservice Director, and the Science Times section of the NY Times.

Ms. Cox served as President of the National Society for Healthcare Foodservice Management (HFM) from 2005-2006. She led this organization of 5,000 members, including executives from healthcare organizations, food manufacturing, distribution, and consulting companies. Sharon also served on the Board of the Academy of Nutrition and Dietetics; she helped shape national policies for food and nutrition initiatives. Sharon’s publication in the Journal of American Dietetic Association (2014) “Using Academy Standards of Excellence in Nutrition and Dietetics for Organization Self-Assessment and Quality Improvement.” is a must-read guide to building a road map for any organization on track for best (effective) practices.

Committed to education, Sharon was a dietetic intern preceptor and adjunct professor of foodservice systems and wellness at Hunter College. Sharon holds a Master’s degree in Education and Allied Health from New York University and is a Registered / Licensed Dietitian in North Carolina. In 2007, she received the North American Association of Food Equipment Manufacturer’s (NAFEM) honorary Doctorate of Foodservice. 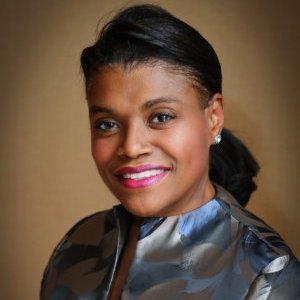 Crystal is an experienced sales leader with over 30+ years in the hospitality industry with extensive expertise in foodservice operations and food safety compliance. She has a passion for food production systems, “back of the house” operations, leading complex teams, and having a customer-centric focus.

The most recent position held was Director of National Distribution Sales at Georgia-Pacific Consumer Products LP to direct the headquarter relationship for both US Foods and Sysco, focusing on sales growth and implementing innovative products with a sustainable outcome. Before this role, 10+ years were in a National Account role with Georgia Pacific, leading healthcare GPO business. In this role, Ms. Duncan was instrumental in growing Georgia Pacific’s healthcare footprint with the two largest healthcare GPO’s in the National Account business segment. Crystal was recognized over her Georgia Pacific tenure with team excellence/sales achievement in 2008, 2009, 2010, 2011, and 2013. In 2015, Crystal was recognized for her sales achievement with Premier Inc., one of the leading GPO’s in Healthcare, with Georgia Pacific’s President’s Club award.

Ms. Duncan also held the role of operator where she led multiple teams at the Medical University of South Carolina, John Hopkins, St. Joseph’s Hospital, and Holy Cross Hospital. During her tenure as an operator, Ms. Duncan became a certified chef to enhance her portfolio skill as a dietitian. Ms. Duncan has lead several winning sales teams at Alliant Foodservice and US Foods in St. Louis, Boston, and Atlanta.

Ms. Duncan holds several memberships at associations within the hospitality industry, including serving as chair of AHF (Association of Healthcare Foodservice) from 2014-2015 and the current Diversity Inclusion ambassador for WFF (Women’s Foodservice Forum). Crystal is a passionate contributor to WFF for 17+ years, where she has been recognized as Volunteer Contributor of the Year in 2011 and nominated in 2014. Crystal served as a board member for MFHA 2006-2010 and has been a long-term member of the Academy of Nutrition & Dietetics for over 30+years.

Ms. Duncan’s dietetic education was completed at Louisiana State University with a minor in Food Science. Ms. Duncan holds two certifications as an FMP and a certified HACCP practitioner. 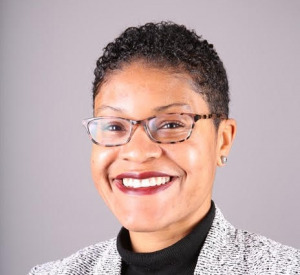 Alison Brown, PhD, MS, RDN is a public health nutrition professional committed to addressing health disparities through research, community empowerment, advocacy, and organizational and systems change.  She has over 10 years of experience in developing in culturally appropriate, nutrition interventions in underserved and resourced communities. Dr. Brown’s past research explored immigrant health, diet and cardiovascular disease outcomes, including the examination of the social and sociocultural influences on dietary choices and food availability.  Currently, her work centers on stimulating research in the areas of the social determinants of health and nutrition health disparities.

Dr. Brown previously served as the Chair of the National Organization of Blacks in Dietetic and Nutrition (2019-2020), the largest Member Interest Group (MIG) of the Academy of Dietetics.  Key accomplishments included the development of a scholarship campaign raising over $15,000 in funds for aspiring African American dietitians, expansion of the MIG membership to over 800 members, and enhancing diversity and inclusion training opportunities for members of the Academy of Dietetics and Nutrition. Passionate about training the next generation of dietitians and public health professionals, she also serves as Adjunct Faculty at Prince George’s Community College.

She is a former AAAS Science and Technology Policy Fellow, Academy of Nutrition and Dietetics Diversity Leader, American Society of Nutrition Science Policy Fellow, and Board Chair of a community-owned grocery store in Boston. In 2018, she was honored as a 40 under 40 Leader in Minority Health by the National Minority Quality Forum.  She also serves on the editorial board for the Journal of Immigrant and Minority Health, Journal of Racial Ethnic Health Disparities, Health Psychology, and Translational Behavioral Medicine.

Dr. Brown graduated with a Bachelor of Science degree in Chemistry from Spelman College, a Master of Science degree from Columbia University, and received her doctoral degree from Tufts University’s Friedman School of Nutrition Science and Policy. In her spare time, she enjoys running outdoors, cooking healthy meals, and traveling around the world. 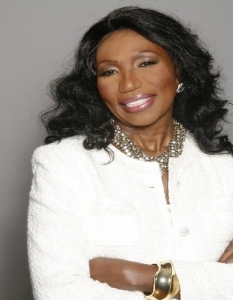 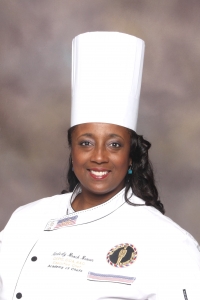 Certified Executive pastry Chef and Author who continues to transcend her role as Chef to changing the lives of people through works beyond the kitchen.